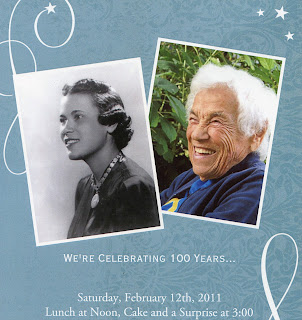 Tomorrow we're off to visit Mom to help celebrate her one-hundred-and-first-and-a-half birthday. Still fresh are the memories of her one-hundredth birthday party. The "surprise at 3:00" mentioned on the invitation was a concert by Rebecca Kilgore, Dan Barrett (with trombone), and Dave Frishberg. 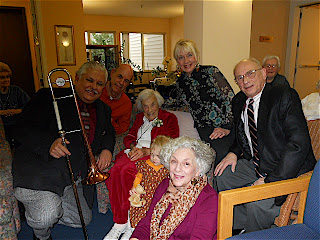 That day's musical highlights are indelible in our memory. Becky sang Mom's request Laughing At Life (wise words to live by). Dan played a slyly humorous, slow-tempo Margie (which happens to be Mom's name), a performance that would have delighted Vic Dickenson as much as it delighted us. Mom has always been a big Frishberg fan, and Dave played and sang her favorite Frishberg song, I Want to Be a Sideman. (A one-hundred-year-old requesting I Want to Be a Sideman? How hip is that?)


To honor Mom this year, I turn to another version of Margie, this one recorded in 1938, featuring the great Bill Coleman at his nimble best on trumpet, Alix Combelle, tenor sax, Eddie Brunner, clarinet, and Herman Chittison, piano. If you're wondering why this side swings so fiercely, consider the soloists and the rhythm section: Tommy Benford, drums, and Oscar Alemán, guitar. 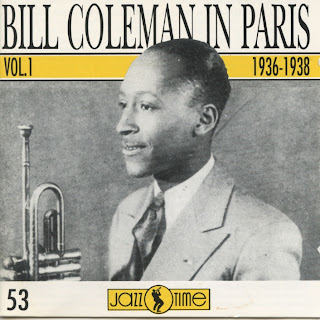 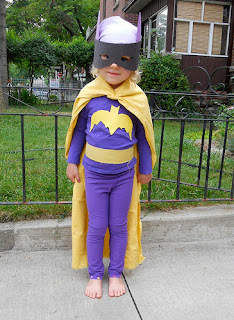 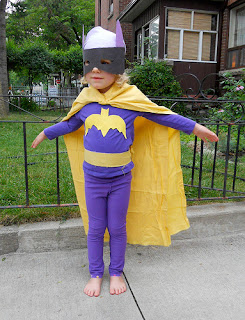 According to the findings of physicists at the University of Leicester, published in the university's Journal of Special Physics Topics and reported in Wired Science:

“Clearly gliding using a batcape is not a safe way to travel, unless a method to rapidly slow down is used, such as a parachute.”
The proposed parachute would surely diminish the impact of Batman’s stylish flourish when he flicks the cape aside on landing — not to mention, detract from the terror it instills in enemies when he goes for the full wing span, narrow-eyed bat impersonation, pre-attack.
Nevertheless, the physics is undeniable.
After accounting for the drag and lift forces acting on Bruce Wayne in flight, the doomed trajectory was calculated. The 15.4-foot wingspan is just half that of an ordinary hang glider and, when launching off an 492-foot-high Gotham city skyscraper and gliding (successfully, the team predicted) for around 1,150 feet, Batman’s velocity would peak at 68 mph before levelling off at a life-threatening 50 mph descent.
The paper does admit that variations in the angle of the glide were not taken into account, and could contribute to a safe landing. However, Batman would need to slow significantly to avoid becoming a messy afterthought for Gotham city’s road sweepers.
The paper also does not take into account Batgirl's fearlessness and dedication to justice. You can see it in her eyes.

Posted by Still a Brooklyn Kid at 07:20 No comments: