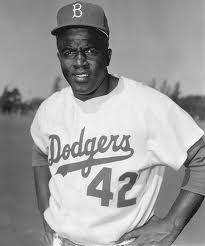 Today, four days after Jackie Robinson Day, I had a conversation that transported me back sixty-six years.


I was doing my post-swim shaving at the JCC when I noticed that Arnold had returned, after about four months of sightseeing in faraway lands. I was glad to see Arnold again, especially since he still owed me five dollars from a bet we'd made on the U.S. presidential election. (Why didn't I make it a hundred?) He paid his debt manfully, and I, ever the gentleman, didn't even charge him interest.

But Arnold couldn't leave it at that; he had to get in a face-saving dig. "You may have won the bet," he said, "but you have to admit Obama's been a failure as president."

ARNOLD: Tell me one thing Obama has done.

ME: He passed the most important health-care legislation since Medicare.

ARNOLD: Feh [or something that sounded like "Feh"]. (This, mind you, from a Canadian who has always enjoyed single-payer health care, and has never had to live in the U.S. without coverage.) Come on, tell me one thing he's done.

ME: He got Osama bin-Laden.

ARNOLD: Are you kidding? Come on, what has he done?

ME: He inherited an economy on the verge of collapse, hemorrhaging jobs, and put it on the right course.

ME: He saved the U.S. auto industry.

By this time, it was clear that nothing I could say to this fellow would earn Obama any credit. Suddenly it was 1947 again, I was eight years old and listening to Bob Feller and certain New York tabloid sportswriters disparaging Jackie Robinson's abilities, claiming he wasn't really of major-league calibre; and I realized (not for the first time) that Obama, like Jackie, would have to be twice as good as everybody else to get the same amount of respect.

I will spend Arnold's five dollars with great pleasure. 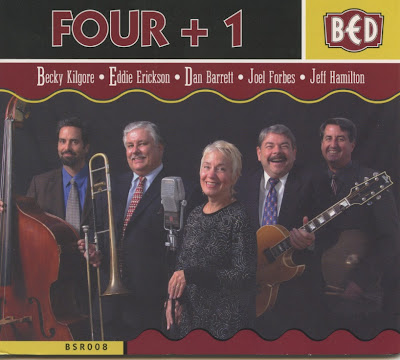